During my three week visit in the UK, I took the opportunity to explore the beautiful university town of Oxford on my way to the Cotswolds. I took a train from London to the city, which took less than two hours, and stayed at lovely Cotswold Lodge Hotel.

Teeming with amazing architecture and structures worth photographing, you’d need at least a week to truly explore Oxford. But with so many places to visit in England and not enough time to do so, I only stayed there for a couple of days. That was enough, though, to see some of the highlights. Also, not having a car and being forced to explore it on foot helped as that allowed me to end up in places I wouldn’t have thought to visit.

Here are some of the best things to see in Oxford. 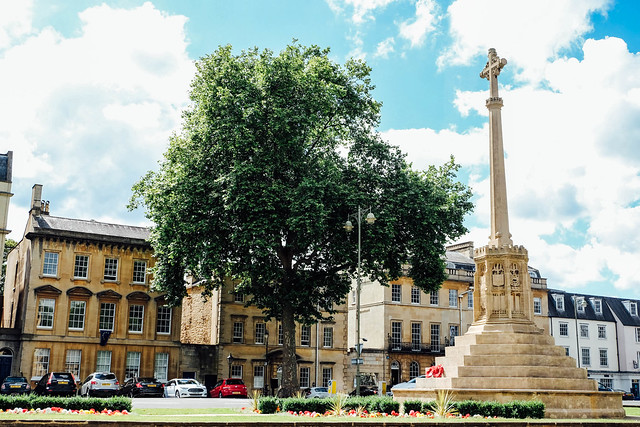 Saint Giles Church Grounds – Only a few blocks away from my hotel, Saint Giles Church is located at the intersection of St. Giles and Woodstock Rd. It’s a small church completed in 1120, and certainly not one of Oxford’s most impressive. But it has a small graveyard, one of my favorite places to explore and photograph, a consecration cross, and a small park where you can sit for lunch and people watch, which incidentally is one of the best things to do in Oxford. 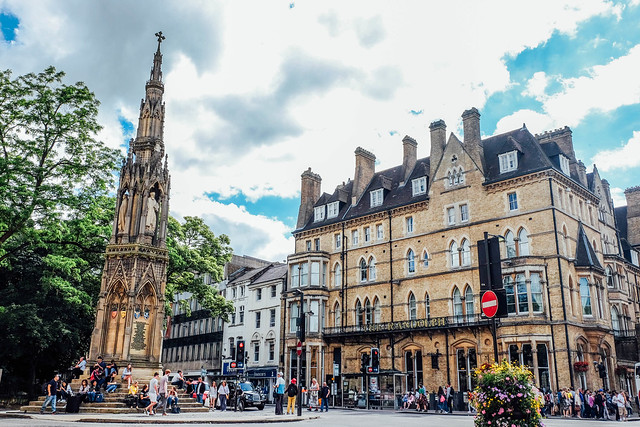 Martyrs Memorial – Directly in front of Saint Giles consecration cross is the towering Martyrs Memorial. Designed by Sir George Gilbert Scott, the monument was completed in 1843 in honor of the 16th-century Oxford Martyrs. It’s an intricate landmark worth photographing, and definitely one of the best things to see in Oxford. It’s also surrounded by steps where you can take a quick break in. And behind it is Saint Mary Magdalen, which also has its own little graveyard. 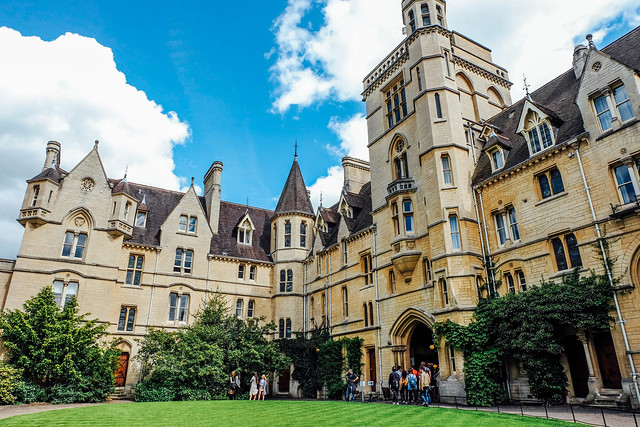 Balliol College – Founded around 1263, this beautiful college on Broad Street is certainly worth walking around in thanks to its hidden garden, courtyards, and beautiful architecture. There’s a small visitor’s fee to get in, but you can spend as much time in there and even take a quick peek at some of the interiors, including its Great Hall. It’s not as impressive as Hogwarts, but it’s still pretty cool. 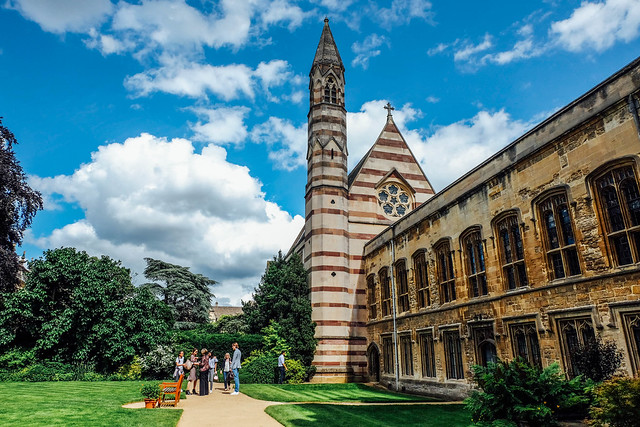 Trinity College – Known for its long standing rivalry with Balliol College and for having produced three British prime ministers, neighboring Trinity College is also worth ticking off your Oxford list. It was founded in 1555, and boasts a few interesting landmarks like its beautiful chapel. 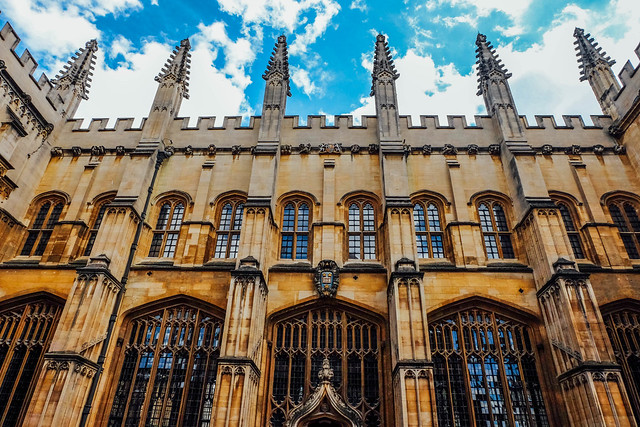 Bodleian Library – Bodleian Library is one of the oldest libraries in Europe, and that fact alone makes one of the best places to see in Oxford. However, it also has some of the most impressive architecture in town, in my humble opinion. If I had the enough time and better access, I would have photographed every nook and cranny of this place. 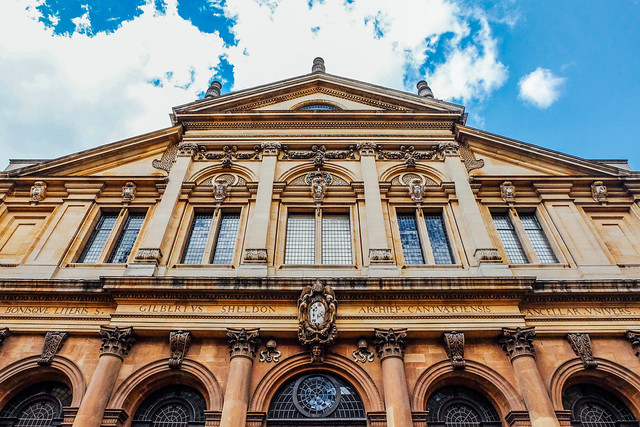 Sheldonian Theatre – Designed by Christopher Wren himself, the Sheldonian Theater is another photography must stop. It’s very famous, not just for its architecture but also for the music recitals, lectures, conferences, and various ceremonies held by the University of Oxford. 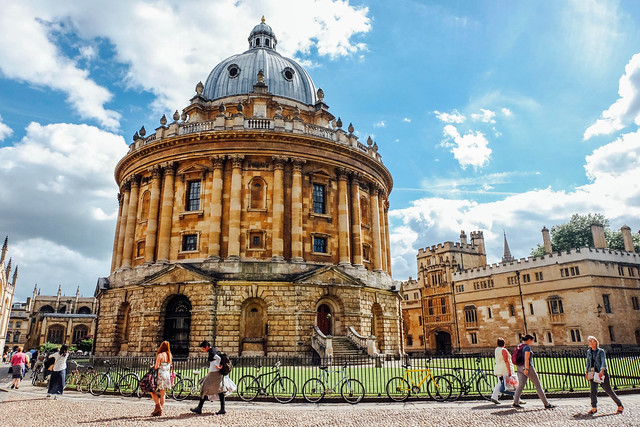 Radcliffe Camera and Square – Didn’t I tell you that Oxford is so full of spectacular architecture to photograph? Out of all of them, it’s the neo-classical Radcliffe Camera and Radcliffe Square, also home to University Church of St Mary the Virgin, that are by far my most favorite. 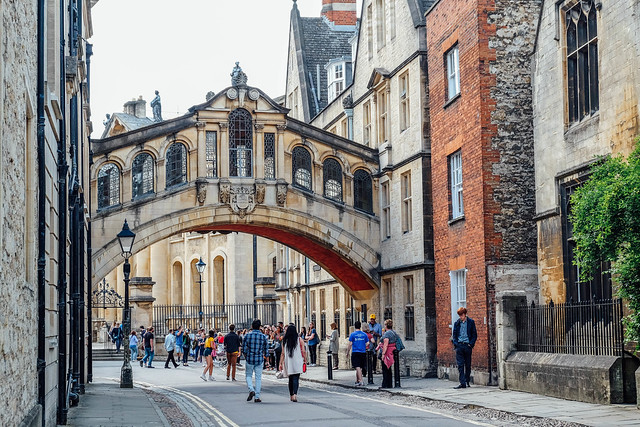 Bridge of Sighs – Reminiscent of the famous Bridge of Sighs in Venice, this skyway near Radcliffe Square connects the Old and New Quadrangles of Hertford College. It has no historical significance that I know of, but it’s pretty to look at and also photograph! 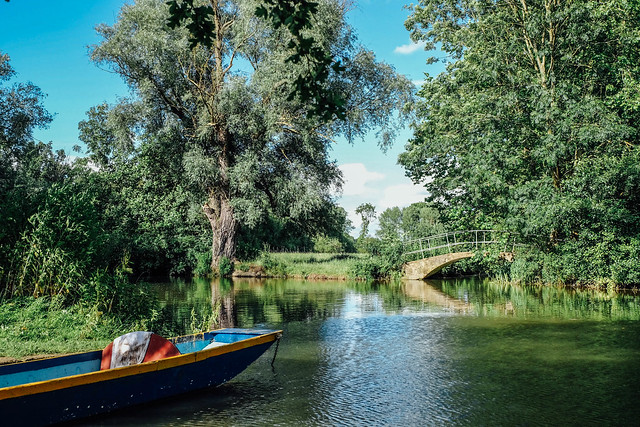 Oxford University Parks – I didn’t really intend to visit the parks, thinking I wouldn’t have time. But while venturing off High Street, I got lost and ended up in one of the parks. So I decided to stay and explore. The university parks aren’t as impressive as say, Central Park, but it’s a nice, sprawling space to find some peace and quiet away from the tourists. There are some cute spots to photograph too, but more importantly, it’s great for running or doing yoga. If you’re staying in town for more than a few days, the parks are definitely a great place to workout in. 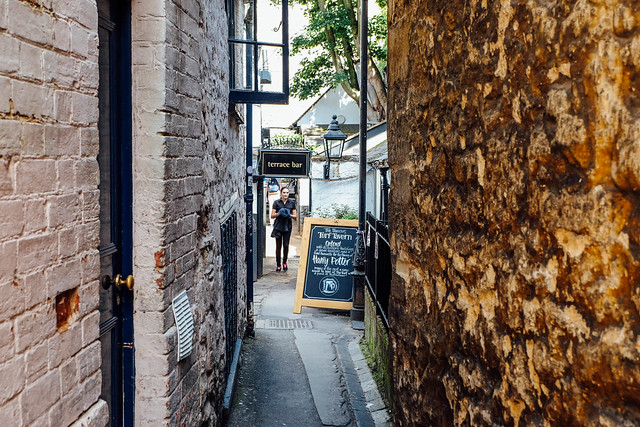 Turf Tavern Oxford – While hidden, Turn Tavern is a very busy place probably owing to the fact that many dignitaries have dined and consumed many pints of beer here. These would include Former Aussie Prime Minister Bob Hawke, Former US President Bill Clinton, Richard Burton and Elizabeth Taylor, Tony Blair, Stephen Hawking, and the cast and crew of Harry Potter during their Oxford filming. Come here before you’re actually hungry as you might have a long wait to find a table, and they won’t let you order unless you secure one. 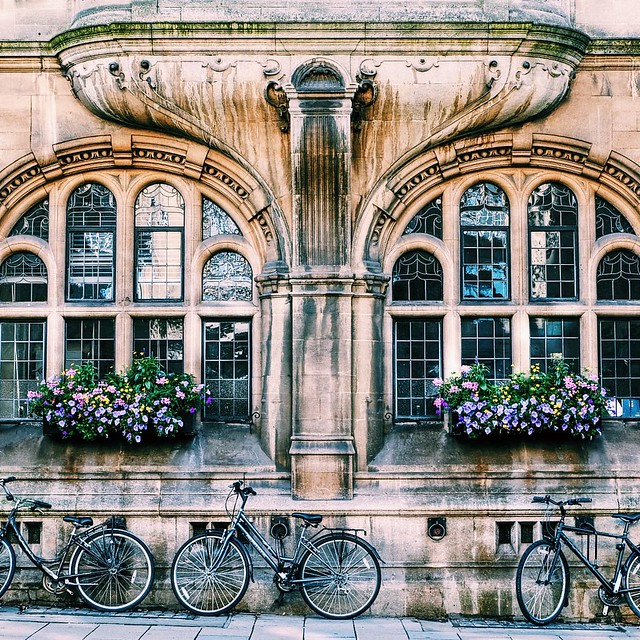 Oxford High Street – Lastly, wander about along High Street for more photo ops and if you’re looking to shop or dine. And don’t hesitate to walk into any buildings that are open to the public. Who knows? You might walk into a pretty garden or more Instagramable spots! 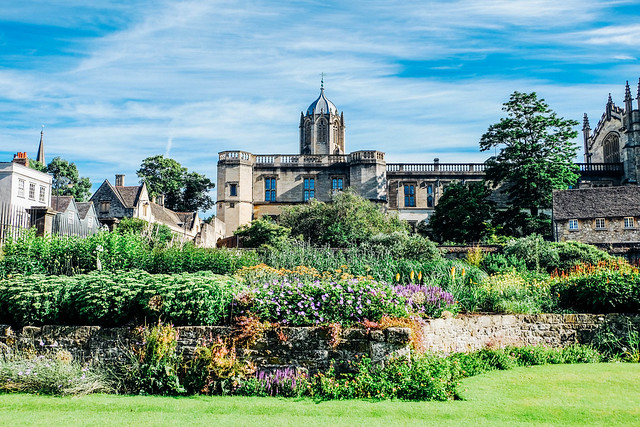 2 thoughts on “Best Things to See in Oxford”