To say it simply, I was astounded. From my cab, I watched the scenes and the atmosphere change from decidedly mainstream and touristy to appealingly low key and bohemian. After more than an hour’s drive from Cancun, I was finally in Tulum, Mexico.

I’m almost ashamed to admit that until a few months ago, I didn’t even know that this part of Mexico existed. I don’t mean the famous ruins; I have been to those several times before. I mean the modern town of Tulum itself and its hotel zone, which runs along a beautiful, sparkling coast. Both have remained fairly hidden to most of Riviera Maya’s tourist population, which of course is part of their allure. They are, however, famous with artists as well as yogis seeking a tranquil retreat. 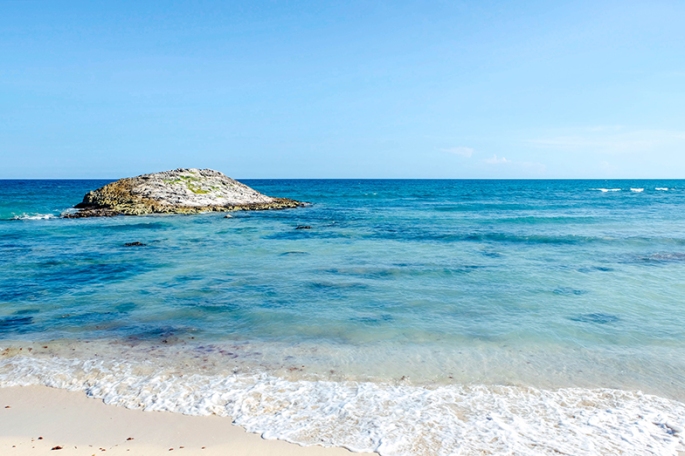 I came to Tulum’s hotel zone for a story: to do research on the string of bohemian, boutique hotels that apparently imbue the area. But as I sat in my cab, still uncomfortably wet from my snorkeling trip to MUSA, I was already falling in love.

Far from the polished vibe of Cancun and even Playa del Carmen, Tulum carries itself in a very unflashy, understated fashion. The locals are dressed down and get around by bikes, many of the hotels, shops and restaurants are made of wood or adobe, and most structures are only two to three floors high. And the long stretch of fine, pearly white sand beach that runs along its shallow coast is so quiet and unburdened with crowds. So despite the very chic and modern establishments that are continually setting roots there, it still boasts a very relaxed, very mellow feel, which I absolutely loved. 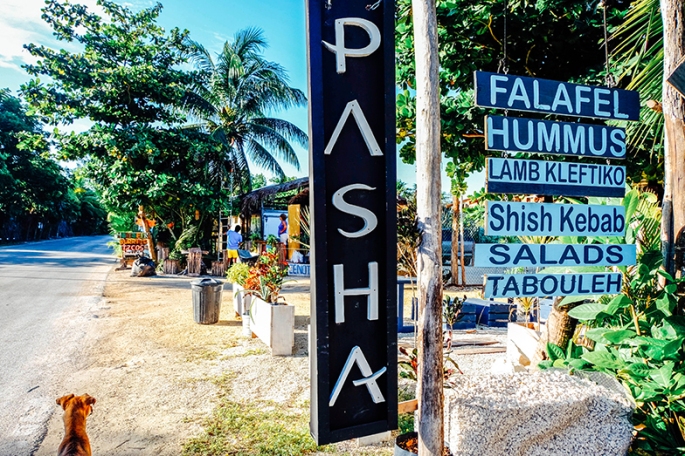 Although I was mainly there for work, I couldn’t quite resist mixing business with pleasure. It’s hard not to; Tulum has a way of getting people to slow down and just unwind.

Luckily, I chose the perfect hotel to do just that. With just 9 suites, NEST Tulum is one of the smallest boutique hotels in the area. This gives the hotel a feeling of homelike intimacy and exclusivity. But it also means that securing an empty beach cabana, which is my favorite part of the hotel, is much less of a struggle than if you were in a large, all-inclusive property. 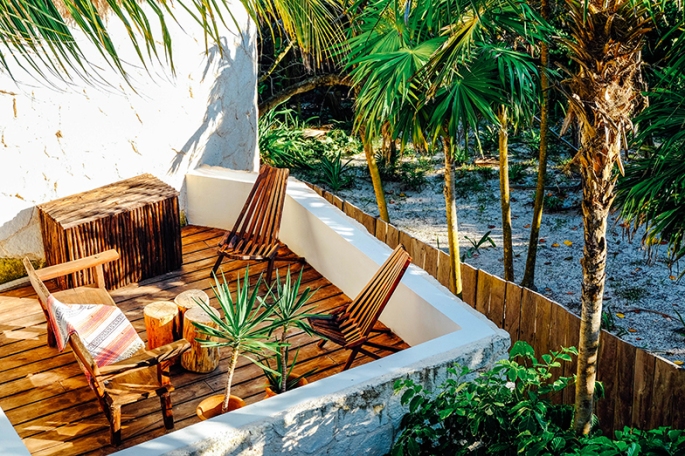 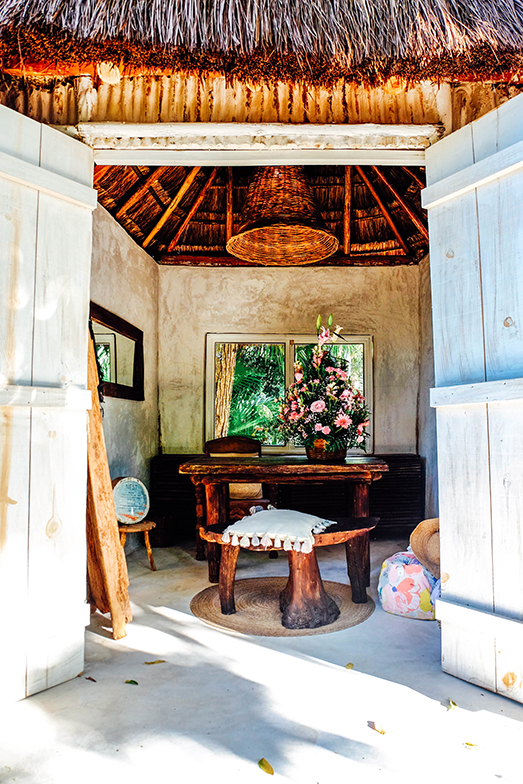 I adored the rooms at this boutique hotel, of course. They are all accessible from the narrow, tree-lined, sandy path that runs through the property and leads directly to the beach. They all have this vibe of being tucked and hidden, even though some have doors that face a more communal area. They all have gorgeous, minimalist bathrooms and the most comfortable beds. Plus, each one has its own personality and is furnished uniquely with local Mexican products such as the beautiful fabrics that the owner has collected from his travels all over Mexico. (I especially adored my 2nd floor Tower Two room, which afforded the perfect view of the SUPER MOON and easy access to the rooftop.) 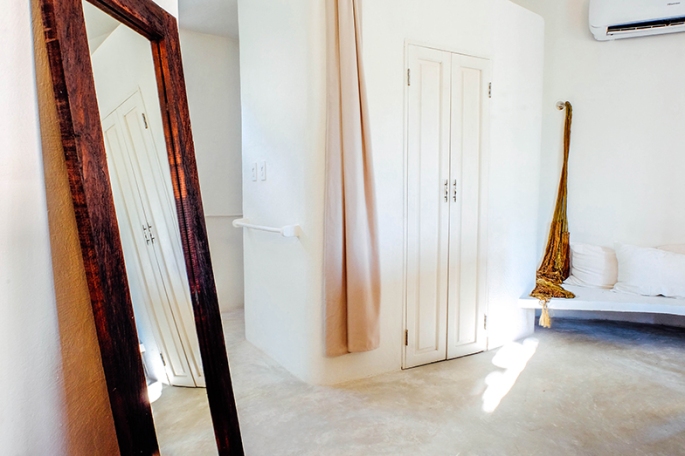 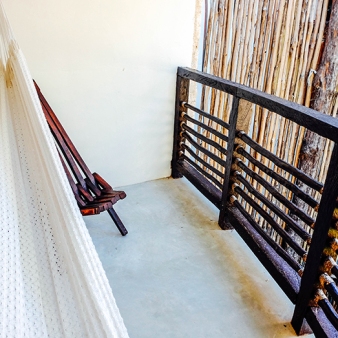 I also appreciated the amazing food from their newly opened restaurant. NEST Tulum’s restaurant may be tiny. But it also serves the most delicious breakfast—guests get to pick between two options, both of which are complimentary—that you get to enjoy outdoors next to the beach as you listen to the sounds of the lapping waves. More importantly, they make fantastic shrimp ceviche, amazing margaritas and to die for tacos. These I made a point of feasting on right on the beach. 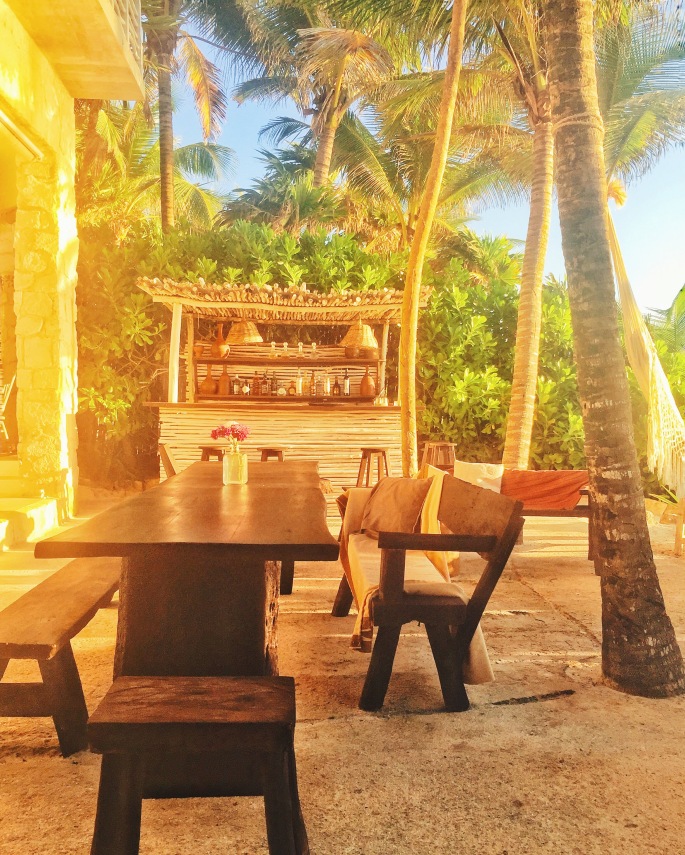 Which brings me back to my original point: NEST Tulum’s beach cabanas are my favorite part of the property. It’s there where I spent much of my short time in Tulum, when I wasn’t working that is. And I got to unwind and spend some time alone while indulging on food, watching the sun rise and set, and taking glorious naps. 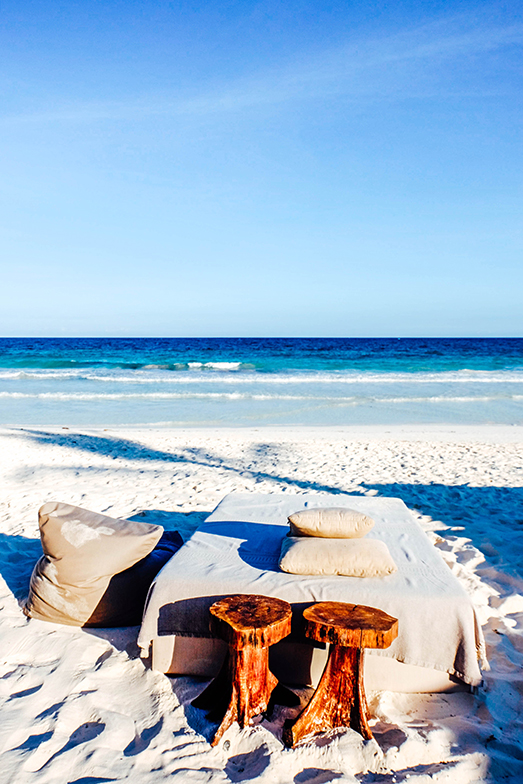 Borrowing a bike from the hotel, I did manage to explore the hotel zone for a little bit. I realized that it was not only lined with boutique hotels and restaurants, but also teeming with spas, yoga retreats, bicycle rental shops and artisanal shops. I did a bit of shopping, waved to a few locals along the way, and even made friends with an adorable puppy who decided he was going to follow me the rest of the way. 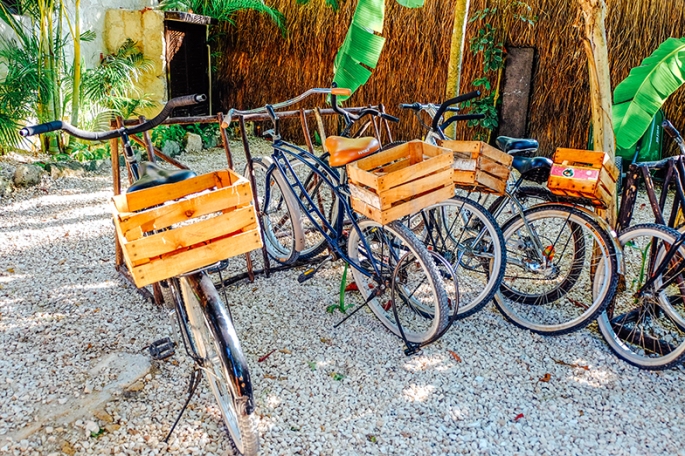 Regrettably, I only had a day and a half to spend in Tulum. Leaving it certainly wasn’t easy. Not just because it was nice to unwind and not do anything for once, but also because there are still a lot of things to see and do there. But at least I managed to squeeze in another nap on the beach, and I did make a promise to come back someday soon.